As children and even into adulthood, we’re always scolded for making mistakes. Living at home and then going to school, our parents and our teachers like to believe that we have a genetic predisposition towards mistakes – as if we’re born this way. Did you feel the same? I did. Yes, I understand that being corrected for wrong doing by our parents and our teachers is not a crime but on the flip-side, since our parents were never taught that failure makes us stronger and that failure is an incredible part of attaining success, we go through life feeling bad about our shortcomings. In “How To Overcome and Learn From Failure”, I will give some great examples and tell how to embrace temporary failure as a blessing in disguise.

It is the year 2013 and we’re amidst the great recession that started in the year 2008. Today, in the United States, lots of Americans are tasting failure for the first time as if the carpet has been pulled from underneath their feet. Whether its unemployment, the evaporation of hard-earned savings or home foreclosures, the have-it-all generation suddenly doesn’t. However, while I don’t want this article to be about politics or finance, I will point out that our government intervention has been bitter-sweet. Why? Because on the other side of failure is chance to evaluate what went wrong and do things more intelligently going forward. However, I also understand that our financial system has a lot more levers to push and pull than an individual and I’m happy about the government intervention to save our financial system from collapse – hey, at least it buys us some time right?

When it comes to individuals like you and I, we will never truly know ourselves, until we’re faced with adversity. Failure makes us stronger and everyone falls on their face. In life, we all want success and failure is an incredible part of success. Lets take Michael Jordan as an example. Did you know that Michael Jordan was not Michael Jordan because he not was drafted into the big leagues? Huh? What? He was not Michael Jordan at that time because he was not drafted and then everyone said “imagine if….?” After many, many tries, he became to be known as Michael Jordan – who we now associate with success and super human abilities that astound his fans. Anyone, including MJ who is called a genius surely took their talent somewhere and pushed themselves out of their comfort zones. This is something scientists call “deliberate practice” and all successful people in any walk of life regardless of playing sports or being in business push out their comfort zone.

What to do if you have failed: 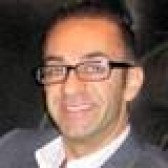